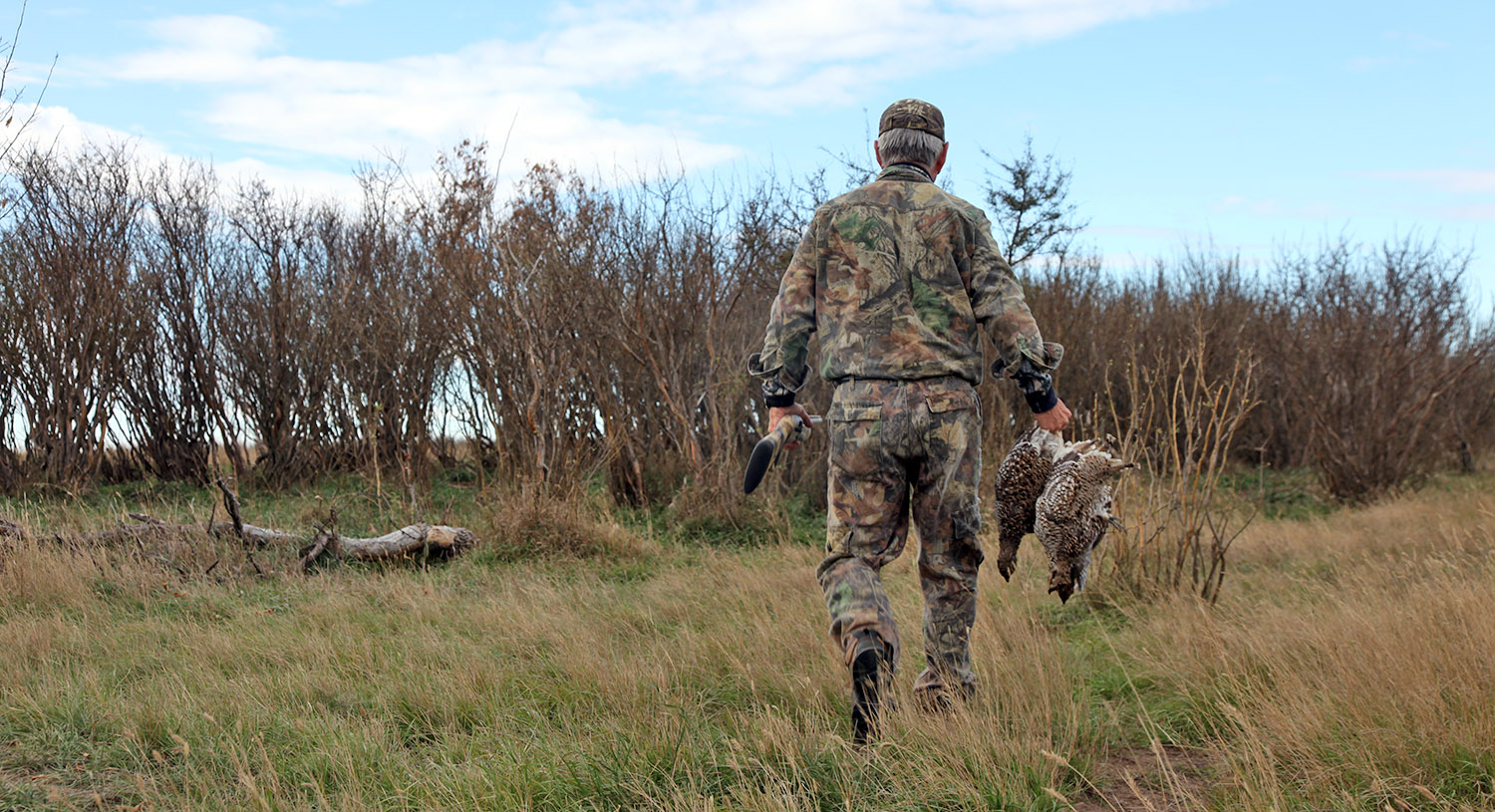 To be honest, it doesn’t take long to master the technique of locating upland birds. The prairie region, for example, has sharp-tailed grouse throughout the southern grasslands but to hone in on stable populations, you must find large blocks of native cover that provide a solid winter food source. The obvious thing to look for is buffaloberry, wild rose, and other thorny, dense brush associated with a moisture-rich environment. Where do you find a moisture-rich environment on the prairie? Anywhere there is a depression, good soil, ravines, draws, coulees, or river bottoms. Finding the right terrain to sustain large blocks of cover is sure to hold plenty of sharptails.

Ruffed grouse are found in a diversity of habitats, but they are drawn to the best food source in the country. Berries, rose hips, and clover are a big drawing card for one of the best table birds to grace our country. This unique game bird has even been thought to contain medicinal qualities. A steady diet of herbs and berries has many old trappers using the ruffy to produce a broth for a special soup that will chase the common cold and flu right out of the human body. There are generations of bush folk that use ruffed grouse to cleanse the system. What the old stories tell me is to look for the old medicine birds wherever high protein and fresh forage exist. With the modern advancements and exploitations throughout the forested regions, it is easy to key in on lines seeded to a healthy forage mix that draw ruffies out of the woodwork.

Spruce (and Franklin’s) grouse is found on the edges of healthy pine forest. Even though this colourful little bird is called a spruce grouse, its main diet in the winter consists of pine needles. On the edges of the pine forest, one can usually find good patches of bearberry and blueberries and the fruit is a fall favourite amongst these dark-feathered birds. When the birds are feeding on sweet fall berries, they are incredibly good eating and locating them is as easy as finding a good berry patch. These grouse also like clover leaves—high in protein.

Blue grouse inhabit the foothills and mountains, migrating annually to use different habitats in different seasons. You will find them at lower elevations early in the season, but as winter starts to settle in, they migrate to areas higher up ridges and mountains. Don’t be surprised if you find some ptarmigan on the mountain, too.

Hunting vast areas of good cover is made much easier with an obedient dog. Pointers can cover a lot of ground in a brief period, pinpointing holding areas where birds holed up. On one of my first ptarmigan hunts, we had a young pointer with us that could cover the thickets of balsam and willow in a fraction of the time we could. The dog would lock up on a covey of birds and we would follow up with a flush. Some of the birds held so tight to the cover that a hunter could easily walk right past them without ever knowing they were there. By watching the dogs, you can quickly see patterns developing. Birds like to sit on south exposures where they can puff up their feathers and soak up the sun. Nine times out of ten, we found ptarmigan under the largest balsams in a block of cover.

Similar events have occurred hunting for sharpies in dense native cover. The largest, densest blocks of shrubs are always the most likely to hold birds. It makes sense when you stop to think about it—if it is tough for man and dog to hunt, it will also be tough on natural predators like foxes and coyotes. The biggest predatory threat for our game birds usually comes from the sky. Hawks and owls are as fond of grouse as old trappers, and birds that are survivors know to stick to dense, thorny cover. Using good habitat is as evolutionary as growing feathers to cover your toes when you live in a cold climate.

My point is that the birds have always been consistent in the areas they like to populate. As hunters, we can key in on the prime locations by paying attention to where we have historically seen birds and use that knowledge no matter where we end up hunting. The birds are in specific areas for a reason—it is the best place to live and survive, meaning there is decent food, water, and cover.

When everything looks like good cover, key in on the minute details and you will soon enjoy a full game bag. Watch for tracks, scat, and feathers to let you know where the birds prefer to hang out. Next time you find a bird, analyze why you found it in that location. What made the spot so attractive?  It won’t take long to duplicate your success.

Upland game birds native to Canada are easy to identify. They have adapted to habitats and environment, evolving over the years to develop features that helped them survive. All native game birds have fully feathered feet, right to their toes. This may sound a little strange, but the adaptation serves two purposes—the obvious one is that it helps them maintain body heat during our cold winters. Secondly, the extra feathers act like miniature snowshoes to help the birds navigate through powdery snow.

Introduced game birds have bald legs and feet, resembling those of a domesticated chicken or turkey. The most obvious are ring-necked pheasant, grey partridge, and the Merriam’s turkey. 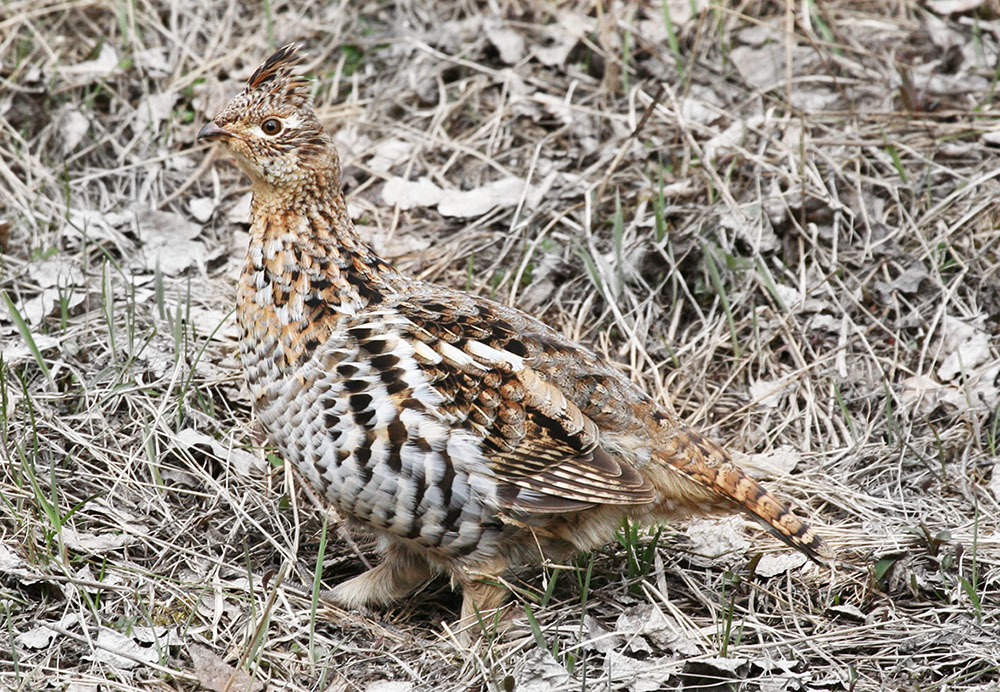 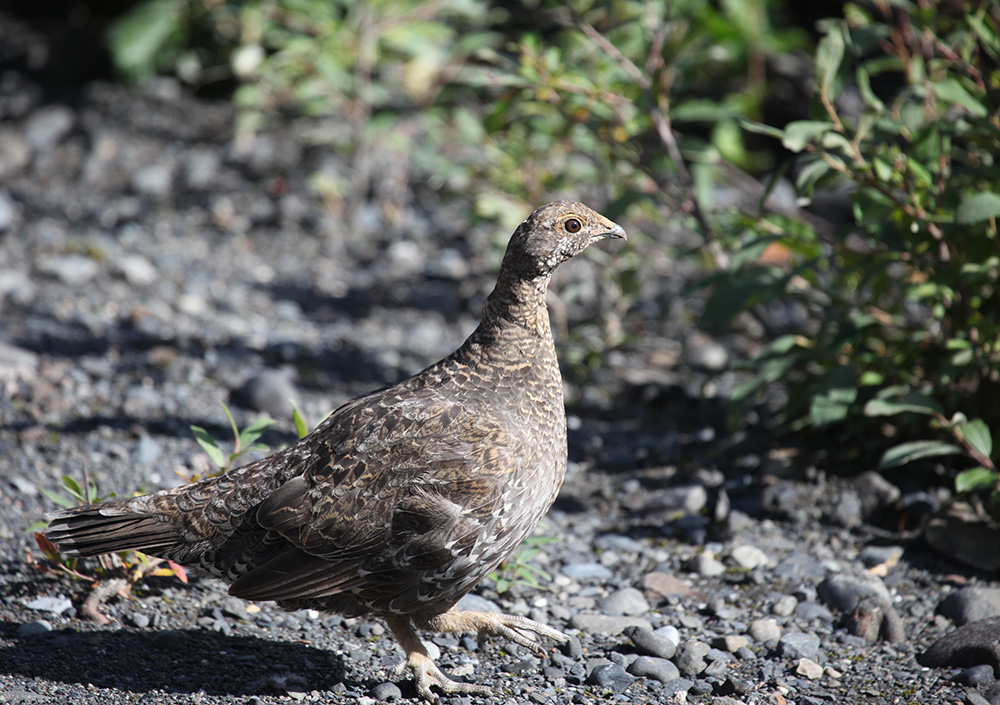 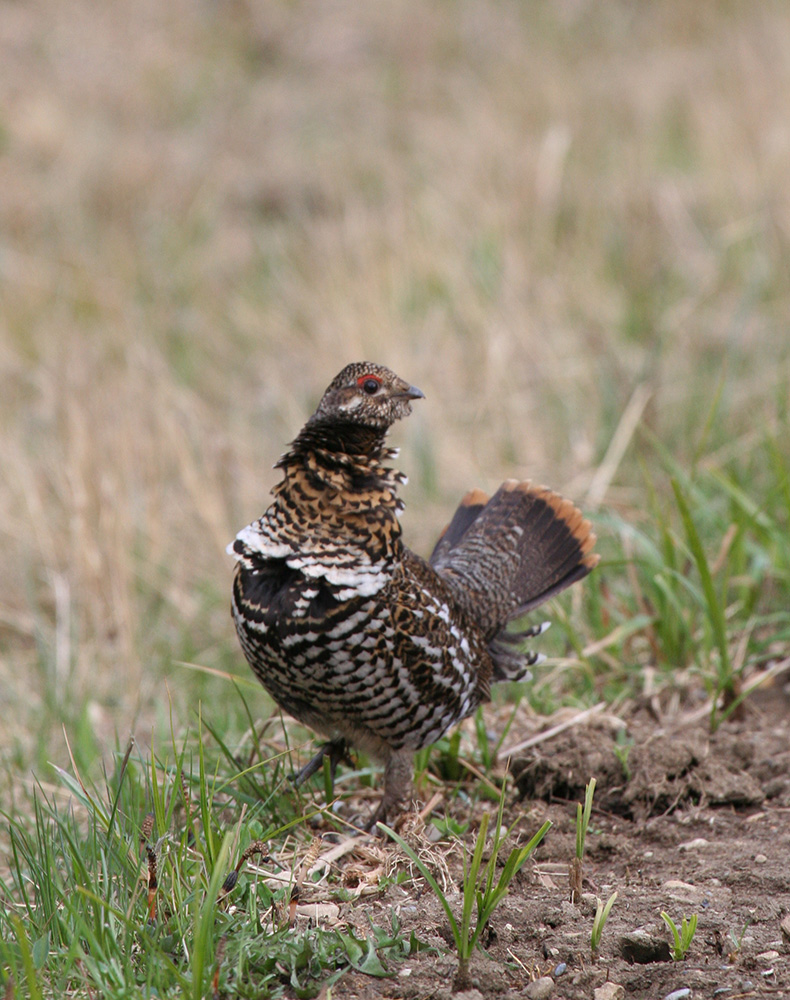