How to Hunt the Deer Rut 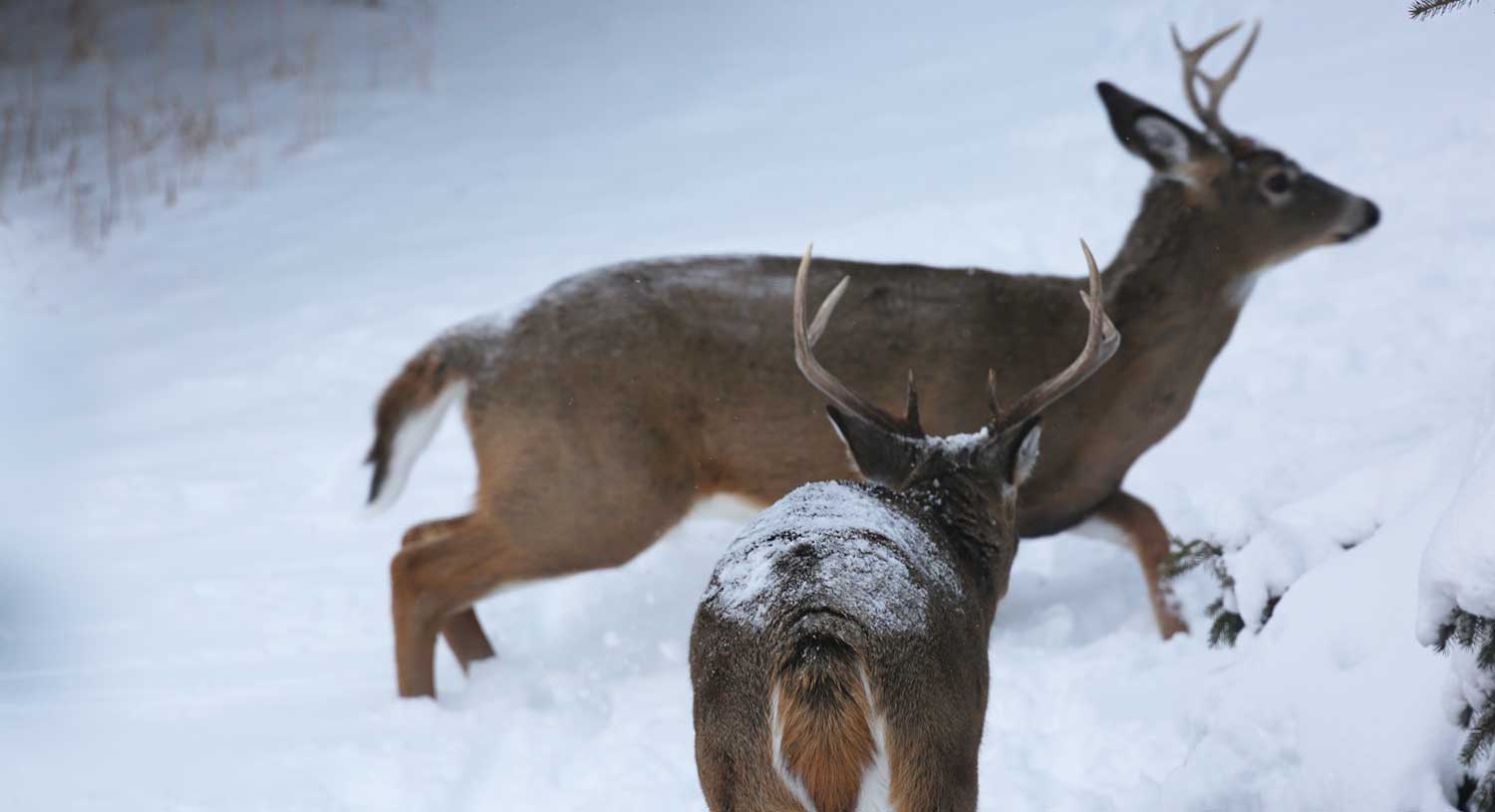 The whitetailed deer rut (i.e. breeding period) consists of the pre-rut, the rut, and the post-rut. The weather or moon phase do not trigger the rut as some suggest, but rather photoperiodism, the length of daylight hours.

As the days become shorter in October, bucks disband from their bachelor groups and begin to establish their territories and dominance hierarchies. They become increasingly intolerant of each other, make rubs and spar with increasing intensity. Creating scrapes as signposts indicate their presence.

The largest, most dominant bucks get the best territories—those with the most does—while subordinate bucks wander in search of unaccompanied does.

Does start coming into heat, sending bucks into a frenzy. They become more active in daylight hours and hunters enjoy success by calling, rattling and decoying bucks.

Mid-November is the peak of the rut, when the majority of does are receptive. Bucks lose their natural cautiousness as they pursue does all day long. They feed little at this time and often lose a significant portion of their body weight.

When a buck finds a doe in estrous, he’ll often spend up to two days with her. After she won’t be receptive. The buck searches for another doe. They’ll tend scrapes regularly, travelling lines throughout their territory for signs that a ready doe has signalled her presence. Most scrapes are made in moist soil under an overhanging limb.

Find pods of does and stick with them. This is a great time for sitting in strategically placed blinds. As bucks will be active all day, you should be too.

As November wanes most does have been bred, but bucks continue to wander and visit their scrapes in hopes of finding one more doe to breed. They begin to feed more actively, but at the first hint there may be some action available, their rutting drive is reignited.

Hunters once again find success calling and rattling, as bucks are determined to investigate anything remotely resembling the presence of a potential mate.

Twenty-eight days after the peak of the rut, does that were not bred the first time around will come back into heat. The result is a second rut, though it’s considerably less intense than the first. Bucks become more active again, particularly through the daylight hours.