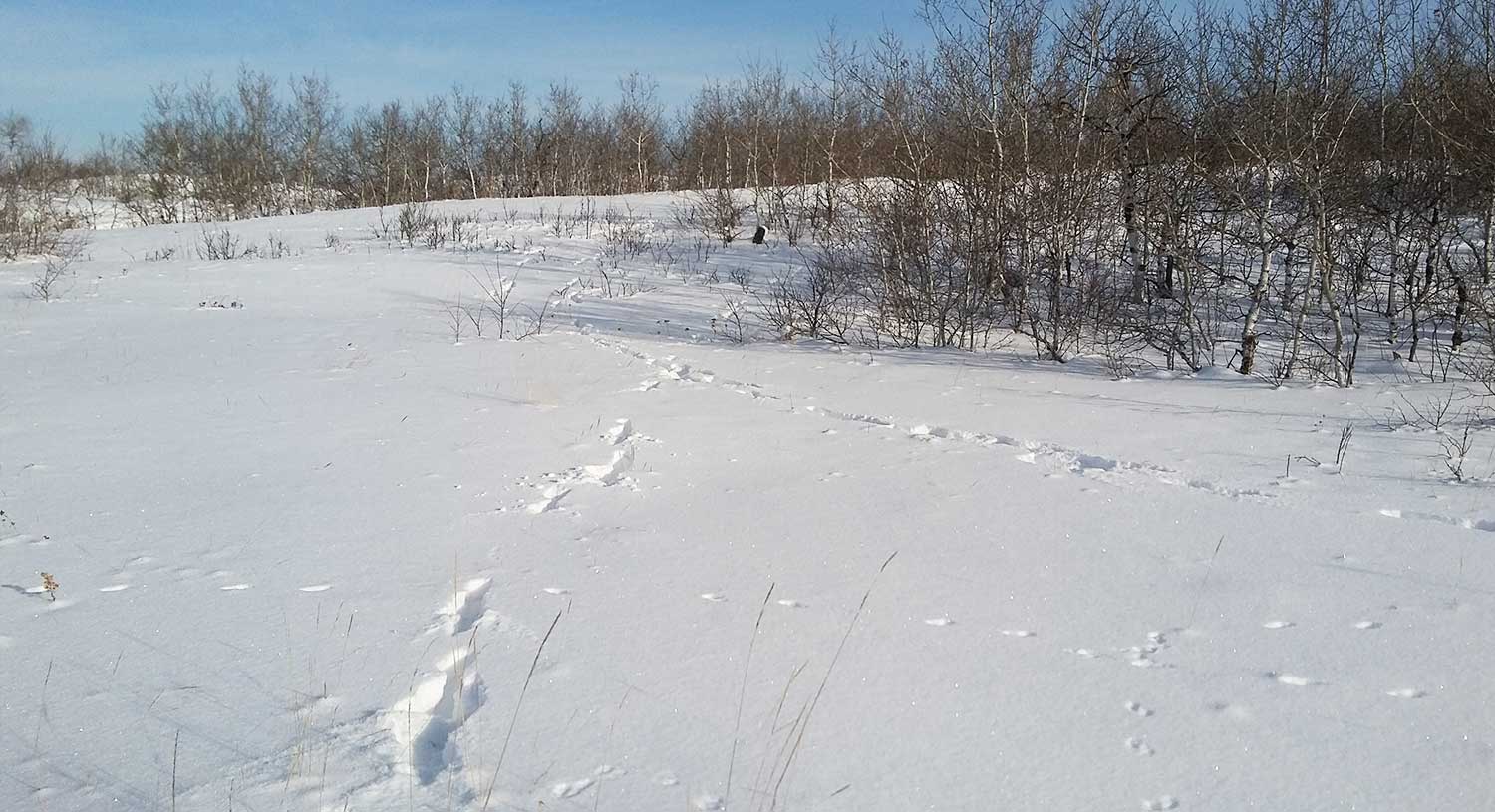 It's a proven tactic for locating deer: spending time scouting. Make your scouts count know how deer change their patterns as Alberta’s seasons progress from summer to fall and into the winter.

It's a proven tactic for locating deer: spending time scouting. Make your scouts count know how deer change their patterns as Alberta’s seasons progress from summer to fall and into the winter.

This is the time to start scouting because the agricultural smorgasbord regularly draws deer into the open. With the rotation of agricultural cereal grains and forage it’s important to know where the best feed is, as it can change on a yearly basis. Alfalfa, peas, barley, and wheat are favourites. Plus, deer prefer open areas to avoid insects that prefer in the protective cover of the forest. Don’t be surprised if you find deer simply living in one of the agricultural fields that are still standing. It isn’t uncommon to find mule or white-tailed deer in a standing canola, barley or oat field late in the summer.

Deer patterns start to change come autumn. The leaves fall and crops are harvested, changing animal security. Hiding in the expanse of a standing crop is no different than living in a large wooded area, until the crops are harvested…then the deer will start to become more reclusive. Depending on agricultural activities, deer bounce around. It can be difficult to find them consistently. Hunters often overlook smaller woodlots adjacent to prime feeding locations but they are worth checking.

Bucks start to set scrapes in mid-October and will visit them daily to ensure they are well established. The scrapes are a buck’s calling card—developing them early ensures does have time to locate bucks. Before the rut, you can pattern bucks when they’re developing primary and secondary scrape lines. Hike ridge tops, edge of wetlands and key game trails to find scrapes. They are normally laid out in a semi-circular pattern to cover a wide area. Bucks will start on one end of their line and work it into the wind. It isn’t uncommon to find some serious rubs on big trees, fence posts or even telephone poles where bucks are working to build their neck and chest muscles before the rut heats up. Scrapes are a great location to set up trail cameras, and an active site will produce pictures of bucks that are also checking out the competition.

Bucks are now starting to follow does, often visiting scrapes when traveling between feeding and bedding areas. You’ll likely find some of the older bucks standing right in their primary scrape—spend time patterning and you’ll know where to set up. If you use a treestand or ground blind, place it in advance of your hunt to reduce scent or visibility.

This is when the rut starts to kick in and deer travel more. Bucks get more difficult to pattern, visiting scrapes less as they start to chase and follow does. It’s still worth hunting scrapes, but key travel corridors found in heavy cover areas are a great place to move your cameras to. Secondary scrapes will be abandoned—watch the primary sites.

This is when all your scouting may pay off. Bucks are rutting hard and travel back and forth between secluded areas in search of does – which means does are often on the move. Look for key travel areas in secluded woodlots, wetlands or natural valleys and draws. Anything goes this time of year: hunt all day.