Where to Look: Late-spring Snow Geese 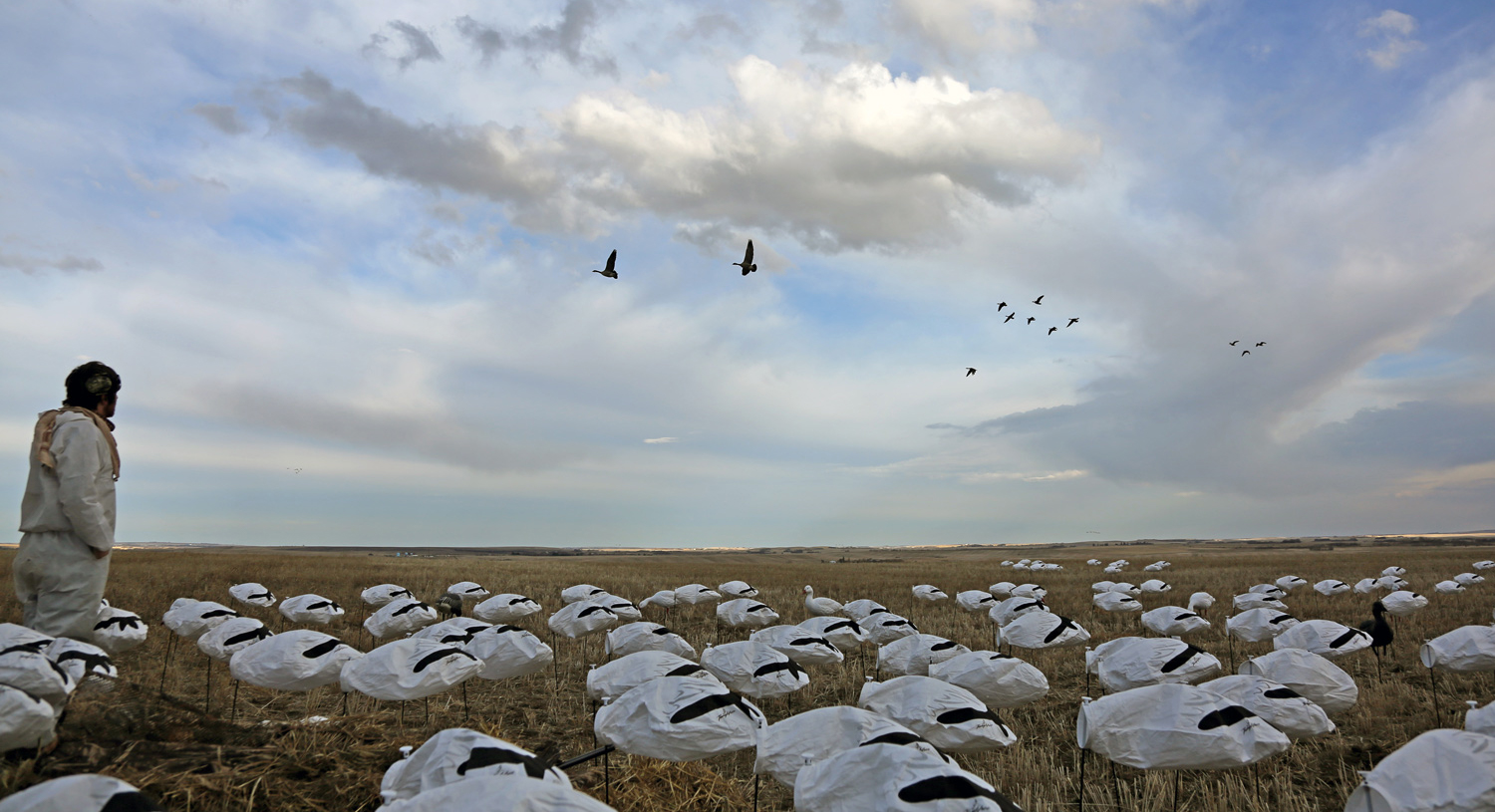 On their way north

Palliser’s Triangle outlines the productive farmland of Canada’s prairie provinces. It includes the prairie and parkland regions, extending north to where farmland meets the boreal forest. Here snow geese stage on large wetlands during their spring migration north. The timing for a snow goose’s return to the tundra is critical—they have a relatively small window to nest, hatch, rear a brood, and start back south before fall freeze-up.

Snow geese headed north are antsy and excited. They are eager to get to their summer home but must be confident they will be able to find enough feed. Arctic nesting grounds are often snow packed until June, so snow geese can’t head north too early.

Look to the snowline

Thousands of snow geese winging their way north means huge concentrations wherever the snowline is receding. You should see snow geese in the Lethbridge and Medicine Hat areas early, with birds bouncing to central Alberta as soon as fields start to show open feeding areas. At night, snow geese like wet feet, preferring open water over standing on ice.

If you add up what a snow goose is thinking and calculating, it isn’t hard to deduce that the northern fringe of farmland in central and eastern Alberta are the best places to find late-spring snow geese. White geese stage on the edge of their last high-protein meals of agricultural grains and legumes. When they sense appropriate conditions in the north, they take off to their nesting grounds without looking back.

The ones on the fringe

Juvenile snow geese are usually the last to return north, as they have not completed a full migration yet. Adults understand the urgency of getting a nest established quickly, where the grey young birds lollygag their way back. Juvies taking their time are prime targets for hunters. The young birds often decoy better and their attempts to get the last tastes of grain before eating sedges and grass all summer provide great hunting opportunities.

Years with a long winter and late spring often see snow geese in the parkland region into June. Migration timing changes every year—the only constant being that snow geese will return to the Arctic as soon as possible.

Looking for more articles on hunting snow geese in Alberta? Check out our articles here.