harvestyourown.ca
''Because it brings family together not just in the bushes but at the dinner table. It's always been a family activity and makes it something I look forward to every year.'' - Mary H.

You Took the Shot--Now What? 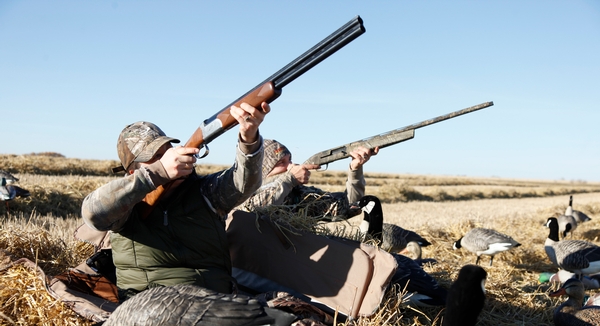 You have a significant responsibility, both before and after the shot. Before you shoot, think about legality, public safety, game evaluation and hunter ethics. Once you’ve pulled the trigger, new responsibilities fall on your shoulders: ensuring recovery of the animal and proper management of the meat.

Whether you’re hunting game birds or big game, it’s critical to watch the animal immediately after taking a shot. Birds generally drop quick with a clean shot, but be ready to follow up immediately with another if you need to. If a bird does fall, watch where it lands before turning your attention to a second. Once the flurry has ended, retrieve any downed birds before resuming your hunt.

Big game animals seldom collapse in their tracks, even when hit perfectly. A lung- or heart-shot animal can easily travel 100 metres or more. Keep a close eye on where it runs, and mentally mark the spot where you saw it last.

An animal that has not been fatally hit requires an immediate follow-up shot, meaning you need to have cycled the action on your firearm. Too many hunters watch an animal after it has been hit, decide it requires a second shot, then cycle another round. Often the animal is out of view before they’re ready. So whenever you shoot at big game, immediately get another round in the chamber. Make it second nature, and do it without taking your eyes off the animal.

To Wait or Not

If a big game animal disappears from view, conventional wisdom is to give it 20 to 30 minutes before you follow up. This allows the animal time to expire if it’s been mortally hit, or to lay down and stiffen up if wounded. A wounded animal that’s pushed too soon can go a surprisingly long way. While you’re waiting, go to the spot where you last saw the animal and identify its trail. Obviously this is easiest with snow cover, but in any conditions look for blood or hair that confirms you’ve found the right track.

Take a broad look at the landscape in the general direction the animal has run to help predict where it will go. They generally seek thick cover, and are more likely to run downhill than up.

When you do follow the trail, proceed with your firearm at port arms (muzzle pointing up), safety on, ready to shoot if necessary. If you see your animal down, but not expired, follow up with a shot. Some suggest a neck shot, but a shot to the heart/lung region is equally as effective. This damages less meat, and doesn’t damage the cape if you’re considering a mount.

Immediately upon recovering big game, tag it. Until that’s completed, you’re not in legal possession of the animal. Not all species are tagged the same. Check the Alberta Guide to Hunting Regulations for details on how to tag the species you are hunting.

Learning to field dress big game and birds is one of the more challenging aspects of hunting. Remember, it’s your legal obligation to properly recover the meat. But it’s also you moral obligation. You owe it to yourself, the animal, the hunting community, and the public at large to treat the animal with the care and attention it’s due. For field dressing tips, check out our series of How-To Videos.

Now it’s time to enjoy your harvest with family and friends! Check out our wild game recipes, In the Kitchen.