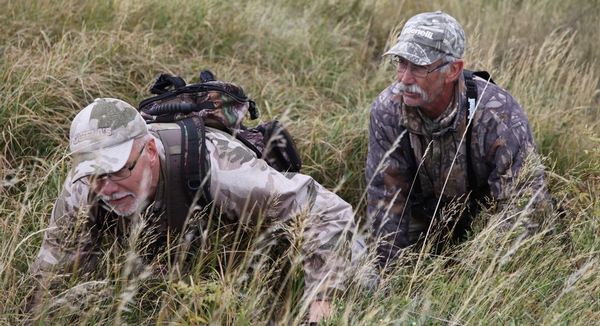 If you’re a hunter, when the end of May rolls around, you might sing, “it’s the most wonderful time of the year!”

That special time is when the hunting draw booklet is released to the public—full of hopes and dreams for the season ahead. You usually have four weeks to scour the pages and get in your applications before the deadline.

Deciphering statistics and deciding how to apply with family and friends is always exciting, but keep the following in mind if you’re applying as part of a group.

Alberta uses a priority system. Applicants “build priority” each year they apply and aren’t drawn, or when they choose to 999 the application. When you “999 it,” you are telling the system you do not want to be drawn and are applying to only increase your draw priority.

Many species and specific areas (referred to as Wildlife Management Units, or WMUs) take several years of priority to draw.

Check the draw statistics on mywildalberta.com to see how many people apply in any given WMU for the species you would like to draw. It’s a good indication of how many applicants are in each priority class, and how many years you might need to apply before getting drawn.

In some cases, it’s best to draw with people who have the same priority level if you want to obtain a licence as soon as possible. On the other hand, if you want to build priority and don’t want to draw, apply with someone who has less priority.

Most species allow up to four people to apply in a group; advantageous if you want to maximize hunting opportunities and protein for the freezer. Multiple hunting partners can save by dividing costs, but consider what species you want several licences for in any given year. For example, four moose are plenty for a group to split…whereas four mule deer are a good start on winter rations.

It can be a guessing game, but that’s part of the fun. With a wait time for many species, a group can apply for as many species as possible to maximize hunting time with friends and family. Let strategy, not chance, boost your odds!